Update: The problem is fixed, but I still won’t see much in the way of compensation for my ordeal. See below.

I am putting this in writing so that there is a permanent record of the nightmare that I have lived through. It is still on going as of this moment, but I hope to resolve it shortly via the courts if necessary.

On June 29, 2017 at about 1 PM EST, I learned that my Sprint account had been locked. I could pay my payments, and see my information, but I could not make any changes or upgrade my wife’s phone. I wanted to upgrade her phone as a late birthday present to her. Instead, Sprint has made this a birthday nightmare.

I immediately began to contact Sprint to see why my account was locked and how I could get it unlocked.

The first person I chatted with, “Katey”, said it was an issue with my browser. I used Opera and Microsoft Edge browsers to view the site, but she said I needed to use Firefox, Chrome, or Internet Explorer. I have Firefox installed, so I tried with it. No joy. I tried with Internet Explorer. No joy. I downloaded and installed Chrome and tried Chrome. No joy. She proceeded to tell me it was a cookies issue in Chrome. Mind you, I had just installed Chrome and there were no cookies!

When I explained this to her, she got rude and shoved me off to another person who hung up on me.

The next person was “Bridget”. She finally said there was fraudulent activity on my account and she could not help me. I would need to speak to someone from the Fraud Department. I asked her to transfer me to that department, but she said she could not. They would have to call me. Before I could say anything else, she hung up.

Four hours later, after waiting for the call from the Fraud Department, someone called with a very heavy accent. I did not get her name. She told me there was no way to fix it short of going into a Sprint store and showing them my drivers license and they could unlock my account. I said this is ridiculous. I asked to speak to her supervisor. She said she would have to call me back later and then hung up on me.

Thirty minutes or so pass and “Ladonna” called me. She was a supervisor in the Fraud Department. She said that there was nothing she could do to fix my account. I would need to take 2 forms of ID to the store and they could unlock my account. I asked if she was sure they could do it and she said she thought they could.

I asked to speak to her supervisor and she sent me to the Executive Support Staff. About 30 minutes later an “Ari” called me to help me from the Executive Support Staff. She said that I did not need to go to the store, that she could verify my identity over the phone and the Fraud Department would unlock my account. After an hour on the phone with her and a small chat with “Axel” to verify my identity, she said the Fraud Department would unlock my account and I would hear from someone in Executive Support the next day.

I hoped and prayed that this nightmare of nearly 9 hours was over. Boy was I wrong!

June 30, 2017 – 4:00 PM EST – Some one from Executive Support called. She did not give her name and when I asked she moved on to other topics. She said that Ari was wrong, I would still need to go to the store and show my 2 forms of ID to the staff and they would unlock my account. She promised me that they could do it and it would be cleared up if I did. I asked if the CEO could fix this, she said no. Asked if I could speak to the CEO, she said he could not be bothered with me. Told her I could get an attorney and court order if it would help get my account unlocked, she said go ahead their legal team is the best and they would be happy to take me on. I asked to speak to her supervisor and she said he would have to call me back. She hung up.

At 5 PM EST, I arrived at a local Sprint store. I waited for an hour to be helped. Once I was called up, I told the young man, who was very nice, what was going on and that I had been through the ringer on this. I laid out 6 different forms of ID for him to see that I was indeed who I said I was. Get this, he then had to call the Fraud Department because they cannot unlock the account in the store!

After 30 minutes on hold at the Fraud Department, he passes his phone to me because they need information from me. The lady on the line said that she could unlock my account if I could just answer some questions about my account. She said I did not need to go to the store, they could have done this over the phone. When I explained to her all I had gone through, she wanted me to tell my story to her supervisor so he could fix this.

I asked for him to call me back, so I could give the young man at the Sprint store his AT&T Cell Phone back and he could return to helping customers. “Farnz” called me and we discussed everything that had transpired over the past two days. He said he deleted my online profile and that in 4 hours I could register a new one and my account would be fine then. He gave me a $230 credit on my account. At least he said he did.

I cannot see if he did because 6 hours later and the online site still says I cannot register because there are too many profiles linked to my account. But, my previous account is unaccessible as well. So I contact support again and the Fraud Department is closed. I have to wait until tomorrow to chat with them. So I will have to deal with this a third day in a row.

Bottom line, so much is wrong with Sprint. Here is what I think:

This is a nightmare. And of course, I am under contract so I cannot move my service. Not to mention my credit is still messed up, so no one will give me service. I am royally screwed. Such is life in my world.

Supposedly, the Executive Support staff is going to call me to help me with the phone upgrade so that I don’t loose my grandfathered plan. That has never quite worked out in the past, but we will see what happens. Stay tuned for the next installment of How the Bishop Turns.

July 3, 2017 – 8:50 PM – Update: Day 5. Still no solution in sight. No one from the Executive Support Team called me on Saturday like they said they would. “Nora” called me at 8:50 PM and said she would try to help me. I told her I seriously doubted that she would be able to resolve any of these issues. She did not seem too nice. At least the website is no longer telling me there are too many profiles attached to my account. Now it is giving me the error of [MySprint : Register for My Sprint : mysprint_register_for_my_sprint_error_validation_modal : en_US]. This is after it sends a security code to my phone and I put the code in the box and hit enter. Five times I tried this process and all five times it gave me the same error. “Nora” had no idea what that meant and would have to “discuss it with her team” and get back to me within the hour. Twenty minutes left of that hour and we will see if she was telling the truth or just lying like the last 10 reps.

It is really sad that it has taken 5 days, 11 reps and over 25 hours of manpower and wasted time on my part and there is still no solution to be found. This is unconscionable. As big as Sprint is, they should be able to deal with these issues on a much more expedient way. Besides, it was an error on their part and an over zealous computer algorithm that causes the error to begin with. Yet, me the customer, has to deal with the headache and is punished for their mistake.

I hope they intend to do better than a $230 credit considering what a nightmare this has been.

July 3, 2017 – 9:47 PM – Update: with 3 minutes left of the hour she promised me, Nora did indeed call back. She walked me through the steps to get my new profile established and the account now works. It took 26 hours, 11 reps, and 5 days to get it working. I have to say, I appreciate Nora working to get it resolved.

I did managed to get a $230 credit on the account. While that is far from equal compensation for the ordeal I went through, I guess it is the best I can hope for.

Dana’s phone and Thomas’ phone are now upgraded. I am paying a fortune for 32 GB iPhones. They wanted $100 down to get the 128 GB version. They both have 64 GB versions right now. So I am not sure how happy they will be with the 32 GB versions. But such is life. If Sprint wants to make this right, I have a couple of ideas:

I think any or all of those would be a step in the right direction to truly resolving this horrible ordeal. 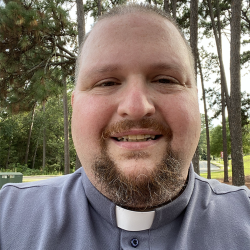 An open letter to Bill Maher